The “strong against” and “weak against” section for each unit has been updated in the Help section.

Observers will now animate slightly when in Surveillance Mode. They will no longer emit sounds while cloaked to enemy players in this mode.

The Disruptor Purification Nova art has been modified so that the center core better indicates the collision size of the detonation radius.

Adept attacks will now have orange projectiles once Resonating Glaives has been researched.

The icon for Resonating Glaives has been updated to match the new spell effect.

Hydralisk attacks now have a new green visual effect once Grooved Spines has been researched.

All Spore Crawlers’ damage—including Zagara's, Kerrigan's, Abathur's, and Amon's—has been reduced from 15 (+30 vs. Biological) to 15.

Armor and Shield upgrades are now generally cheaper across the board.

Reworked building selection priority of all Co-op commanders to be more consistent.

Changed various Mastery desc__riptions to improve the clarity of these abilities.

All Overseers now have a more distinct. visual indication when they enter Surveillance Mode.

Parts Crates are now considered hostile and units will automatically target them.

Parts can now be picked up by air units.

Parts pickup radius has been increased.

The first bonus objective will now spawn at 8 minutes instead of 7 minutes.

Hybrid Boss music will now be modified by the Music volume option under sound settings.

The area around each Hybrid Stasis Chamber is now buildable.

Legionnaire base damage increased from 12x2 to 16x2. Weapon upgrades now provide +2x2 damage each, up from +1x2.

Radius of Conservator Protective Field in Mobile Mode increased from 5.5 to 7.2. It now matches its radius in Phasing Mode.

Combat Sensor Array now increases the Scout’s air attack range by +3, up from +1. Range bonus on the ground remains the same.

The Air Weapons upgrade now provides the Scouts’ anti-ground Photon Blaster with +2 (+3 vs. light) damage, up from +1.

Carrier Interceptor cost decreased from 15 to 0.

Avenging Protocol now gives a 50% attack speed bonus when a champion is transferred to a new shell, up from 25%.

Avenging Protocol now gives a 10% attack speed bonus per supply each time a host shell of their type is destroyed, up from 5%.

Taldarin range increased from 5 to 6.

Warbringer range increased from 8 to 9.

Talis’ Debilitation System now allows Talis to hit 8 units with its Ricochet Glaive ability, up from 5.

Talis’ Shade now has a unique indicator so that it is more identifiable.

Mojo TDW bonus reworked. Instead of increasing stun duration (from 2 to 4), it now decreases the cooldown of Suppression procedure. by 0.75 per Scout, from 10 to a minimum of 5.

Mojo now receives bonuses from Combat Sensor Array. His upgraded attack range (6 vs. air, 4 vs. ground) will still remain 1 less than that of upgraded Scouts (7 vs. air, 5 vs. ground).

Rally points set to Fenix's suits will now re-rally to a new suit each time one is summoned. This occurs even if an active suit is destroyed in combat and a new suit is summoned later.

Fenix's Purifier Conclave now shows the number of units of that type on the field without a mouseover.

Fenix's Disruptors now have a max range indicator when selected.

Hellion Tar Bomb ability now reduces the range of units hit by the Tar Bomb by 3.

Widow Mines no longer have the “Ignore Placement” flag.

Damage of Sovereign Battlecruiser in Overcharged Reactor mode increased from 100 to 200.

Strike Fighter acceleration increased from 20 to 100.

Strike Fighter armor increased from 0 to 2.

Strike Fighter gains 1 fewer second of invulnerability after it drops its payload.

Strike Fighter retains vision for 2 additional seconds after it drops its payload.

Mag Mine arming time reduced from 15 seconds to 10 seconds.

Mag Mine Triggering Time reduced from 2.5 seconds to 1.5 seconds.

Han & Horner’s Level 8 ability, His and Her Supply, now increases the HP of their Supply Depots from 400 to 800.

Carrier Interceptor Cost decreased from 15 to 0.

The Solar Flare upgrade now enables Solar Lance to set fire to the ground in an area that is double the width, from 2 to 4. The Solar Lance's primary weapon width remains the same.

Swann's Factory can now build both Hellions and Hellbats.

Changed Scintilla code and XML editor to utilize the UTF 8 character set to allow displaying hint text in all languages.

Modified the Scintilla hint text to not display across the entire screen when the hint is a long string.

Viewing of the Wings of Liberty campaign maps now allowed for all editor users.

Added native event: EventHotKeyPressed for being able to query hot keys that are pressed.

Fixed a typo in the desc__ription of the Tal’darim Destroyer in the Legacy of the Void campaign.

Fixed an issue in the Legacy of the Void campaign where using the Temporal Field ability created only one field.

Restored the casting animation of Aiur High Templars when playing Legacy of the Void campaign.

Fixed an issue on Void Launch that prevented Terran buildings from landing in certain areas.

Fixed a bug where killing Amon's Ghost Academy would give the player additional score points.

Fixed some unintended interactions with the Twister Mutation.

Players who have a Han and Horner ally will no longer hear the announcement voice-line when a Wraith is called down.

Fixed an issue with the Twister Mutator not interacting properly with flying units in certain parts of the Chain of Ascension mission.

Fixed an issue where Weekly Mutations were not granting the correct amount of experience based on difficulty.

Burrowed Lurkers will now have the chance to change into a more powerful unit when the Transmutation Mutator is active.

Symbiote from Abathur’s Ultimate Evolution will now target Void Shards on the Rifts to Korhal mission.

Fixed a bug where Toxic Nests were respawning on initial placement.

Fixed a bug where Symbiotes were disappearing when certain abilities were used on it.

Fixed a bug that allowed Alarak to use abilities while the hero is spawning.

Fixed a bug where Alarak's Wrath of the Highlord ability had global range.

Fixed an issue that caused the Primal Hive to trigger the incorrect error when attempting to root in a blocked area.

Dehaka no longer has a chance of becoming stuck in the air when affected by the Infestor’s Fungal Growth.

Primal Mutalisks with Primal Reconstitution can now receive fatal damage from a Choker's tentacle attack on Dead of Night.

Primal Wurms can no longer Deep Tunnel into the Xel'Naga Temple and avoid enemy melee units.

Fixed an issue that allowed a Reaper to access areas that should not be pathable after using Jet Pack Overdrive on Chain of Ascension.

Fixed a bug where Sentinels were reviving into Legionaries and refunding the player minerals.

Fixed a bug where Optimized Ordinance was providing Photon Cannons and Khaydarin Monoliths with slightly too much attack speed.

The Raven’s Railgun Turret will no longer produce salvage when playing with a Han and commander.

Issuing an attack move command near Nova's "Penetrating Blast" radius effect will no longer command Nova's army to attack her.

The Volatile Infested that spawn from an Infested Siege Tank will now move to the location of the Psi Emitter.

Fixed a bug that allowed Infested Bunkers to generate minerals while playing with a Han & Horner ally.

The Brood Queen’s attack speed will now be increased by the “Mech Attack Speed” mastery.

The Aleksander is now able to attack the crates in Parts and Parcel.

The Hellbat transformation ability no longer has an Armory requirement.

Fixed a bug where cloaked units would become unkillable while under certain conditions when the mutator, Eminent Domain, was active.

It should provide 1 extra damage per point, not 1%.

Removed a one unit wide pathable area in the north edge of the map.

Fixed an issue where, even with the ambient sound option turned off, animal sounds could be heard.

Fixed an issue where players would receive an error when queuing for a 1v1 unranked game with a party.

Removed a duplicate listing of the Observer in the Help menu.

Resolved an issue that prevented changing the hotkeys related to the Overseer.

The Shield Battery will no longer change sizes when being viewed in the Help menu.

Added the missing Infernal Pre-Igniter upgrade to the Hellbat in the Help menu.

Attempting to join an expired lobby while in a party no longer causes the non-party leader to get into an unresponsive state.

Removed support for viewing replays that are older than SC2 3.10 due to these replays no longer being supported and causing frequent crashes.

Fixed an issue that could cause the Oracle’s Revelation to last longer than intended.

Fixed an issue that caused units to maintain the visual effects of the Nexus Recall ability if it was destroyed while the units are being recalled.

An Adept’s location will no longer be briefly revealed to an enemy player if the Adept was in the middle of attacking when teleporting to its Shade.

Observers in Surveillance Mode will now benefit from armor and shield upgrades.

Fixed the building priority order for Pylons and Shield Batteries.

The Auto-Kill achievement has been updated so that it can still be obtained.

Fixed an issue that prevented the Protoss AI from being able to use Chrono Boost in custom games.

Fixed an issue with the Mercenary version of the Supply Depot appearing fully constructed while it was still being built when playing on the Wings of Liberty expansion level.

An Observer using the Forged skin will now face upwards when in Surveillance Mode.

Fixed an animation bug in the Junker Hellbat’s 3D portrait. 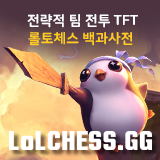 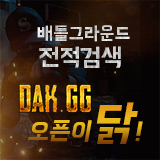